Cheyenne, the wonder dog, came into my life in the fall of 2000. He was a 6 month old rescued pup from the Regina Humane Society. Often referred to as a dingo dog, he was a cross between a collie and a shepherd. 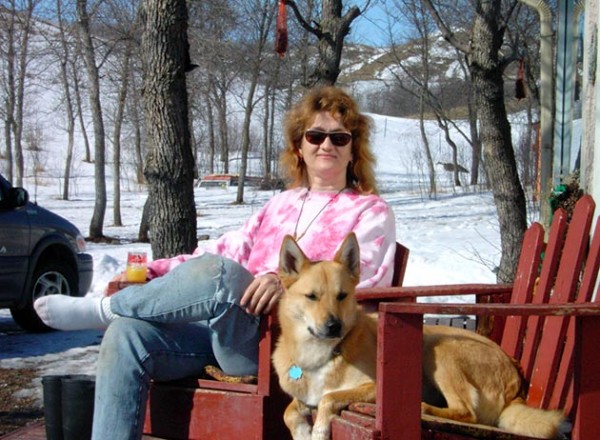 The first day that I brought him home, he was very unsure about everything. With one good sleep under his nose, the next morning he woke up in what he thought was heaven. Lots of hills to run and explore, lots of food, water and tons of love. I would often see him hopping on the hillside trying to catch grasshoppers or watching in awe as a butterfly went by.

He quickly regained his confidence and took on the responsibility of the neighbourhood coyote watchdog. He was a very developed, intelligent, loving being — often resembling a reincarnated Swami, especially when he'd walk by and wink.

Cheyenne was highly publicized and appeared in every issue of the Prairie Guide Magazine as well as Valley Calendars and maps.

On his days off he'd routinely rid the property of gophers. Sitting patiently at the hole for hours, he waited until the gopher popped his head out…and right into Cheyenne's mouth.

In July 2007, Cheyenne official retired from his gopher hunting and coyote chasing days when he made the journey out to Qualicum Beach, BC. He seemed to have adapted well to his new surroundings.

His retirement years were spent roaming the beach, testing the waters, going for walks in the forest, chasing rabbits and making his mark on the neighbourhood. 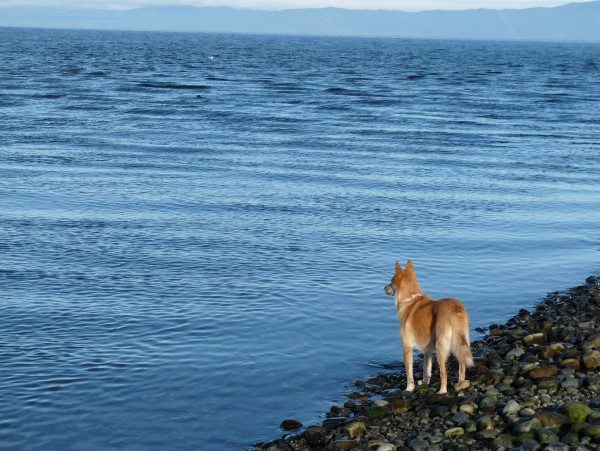 It was with a heavy heart that we said goodbye to Cheyenne on April 17th, 2010. After several weeks of painful cancer where he could no longer walk, we made the difficult but humane decision to help him onto his next life.

He has touched each of your lives profoundly and we are truly honoured that he chose to spend 10 wonderful years with us.

To honour my friend, I am working on a series of paintings, that will eventually be turned into a children's book.

Click on image to display larger version,
then use slideshow controls at the top of the page. 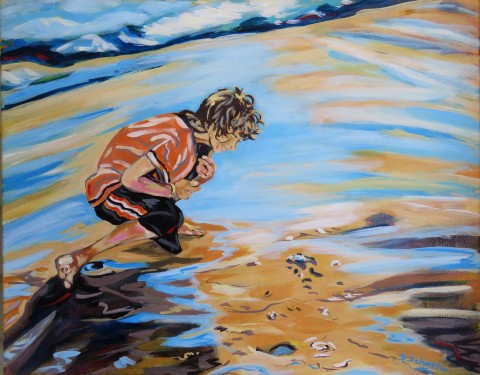 Capture a moment in time. 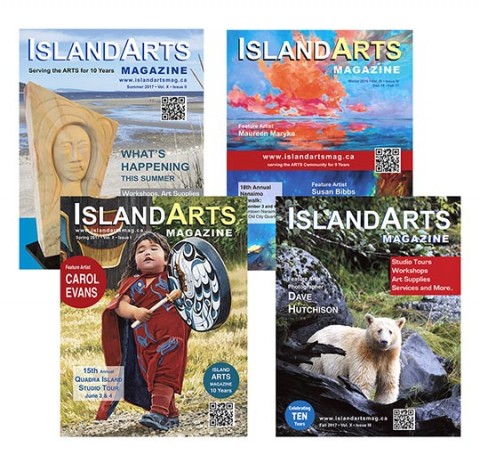 Susan is also the creator and publisher of Island Arts Magazine started in 2008.

Just received a beautiful painting that I had commissioned by the artist of Susan Schaefer who lives in Qualicum Beach, BC. She did the painting of an elevator in my old home town of Lang, SK. It brought back so many memories when my Dad and I used to travel to the elevator and 'dump' the grain. Thanks Susan….